A Royal Air Force F-35B flies over RAF Marham in Norfolk, England, the future home for British F-35Bs. Credit:
⟵ Back to the 2016 Year in Review Landing Page
Engineering and Technology Management

Following last year’s U.S. Marine Corps announcement that initial operating capability, or IOC, had been reached for the F-35B version of the Joint Strike Fighter program, the U.S. Air Force announced in August that its F-35A variant also reached IOC. With the IOC announcement by the largest F-35 operator, the program has reached a level of maturity not seen on a major fighter program since the days of Lockheed Martin’s F-22. The F-35 has already crossed the Atlantic Ocean in both directions and this summer conducted highly publicized appearances at two major air shows in the United Kingdom: the Royal International Air Tattoo and the biennual Farnborough air show. While at Farnborough, one Royal Air Force F-35B demonstrated its powered lift capabilities. On the operational side, the F-35C completed its third aircraft carrier deployment.

The Bell Boeing V-22 program, fresh from receiving an order of 17 V-22s from the Japanese Ministry of Defense (its first foreign military sale), received a 44 CMV-22B order from the U.S. Navy to replace the Grumman C-2 Greyhound for carrier onboard delivery. The V-22’s 463 kph cruise speed and vertical takeoff and landing capabilities add a new dimension to the Navy’s logistical mission, which until now required fixed-wing aircraft and helicopters. The V-22 program introduced an improved engine inlet air filter to protect the engines during austere landings, significantly extending the life of its two turboshaft engines when operating in challenging, austere locales. The U.S. Army Aviation and Missile Research Development and Engineering Center’s Joint Multi-Role Technology Demonstrator, or JMR-TD, program continues. The Bell V-280 Valor test article assembly is taking place in Amarillo, Texas, where its wing was mated to its fuselage in April. First flight is expected late next year. Sikorsky Aircraft continues its flight-test program of its S-97 Raider helicopter prototype, a compound helicopter designed and built with company funds intended in part as a risk reduction demonstrator for the JMR-TD program. Sikorsky completed assembly on its second S-97 prototype in 2015.

The Italian company Leonardo-Finmeccanica added another AW609 tiltrotor test vehicle to its flight-test program. This third prototype began ground runs in May. The investigation on the crash of the second prototype continues. An accident report should be released next year. Test-flying of the first prototype resumed in the U.S.

The FAA outlined the first drone regulations for operation in the U.S. airspace this summer, highlighting electrical-powered lift and its application to unmanned aircraft. The FAA and other agencies expect the drone market to grow in the next 10 years, contributing $82 billion to the U.S. economy and creating more than 100,000 jobs. In drone technology development, a scaled-down experimental plane design sponsored by DARPA first flew. The 20-percent-to-scale tilt wing has a series of hybrid-electric duct fans buried in its tilting wing and canard surfaces. The engine selected for a final full-scale version is the same engine used on the V-22. The unmanned aircraft, named LightningStrike, was designed and manufactured by Aurora Flight Sciences, a company headquartered in Manassas, Virginia. ★ 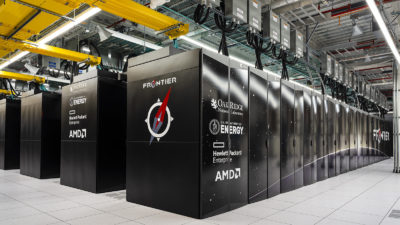