The Flight Testing Technical Committee focuses on testing of aircraft, spacecraft, missiles or other vehicles in their natural environments.

Nontraditional entrants continue to emerge in the unmanned aircraft systems, or UAS, field. Most notably are companies with information technology as their core business focus. Facebook exemplifies this trend with its solar-powered Aquila UAS, which first flew June 28 in Yuma, Arizona. The company’s vision is to use high-altitude and high-endurance UAS to broadcast internet services to currently underserved portions of the world. NASA and its international partners completed a novel flight test, not of a vehicle, but of the human body. Astronaut Scott Kelly returned to Earth in March after 340 days on the International Space Station. His identical twin, retired astronaut Mark Kelly, acted as the experiment control to help find differences between living on Earth and in space. NASA anticipates that data from the twins’ experiment will help us understand the human factors of long-duration spaceflight and how to design systems and procedures to enable such missions.

In airborne sciences flight testing, NASA used an F/A-18 to generate sonic booms during research flights aimed at determining how low-altitude turbulence affects the loudness of sonic booms as heard on the ground.  The Sonic Booms in Atmospheric Turbulence project utilized three ground microphone arrays, an instrumented TG-14 motor glider to measure the boom level and weather-recording equipment to characterize the atmosphere. Twenty flights were flown at Edwards Air Force Base, California, July 11-22.

The FAA reauthorization bill extended the use of the UAS testing facilities, with the six sites now authorized through September 2019. These sites support the work of the FAA’s William J. Hughes Technical Center in New Jersey. The center collects data for both safety-related and capability improvements to the National Airspace System.

Two rotorcraft flight-test accidents, with two fatalities apiece, set back their respective visible projects. The AgustaWestland AW609 civil tiltrotor prototype crashed in northern Italy while performing high-speed tests in October 2015. The aircraft had been due to complete its flight-test program by the end of 2016. Bell Helicopter’s experimental 525 “Relentless” vehicle was conducting developmental flight tests July 6 near the company’s Texas facility. As of this writing, both accidents remain under investigation by respective authorities. ★ 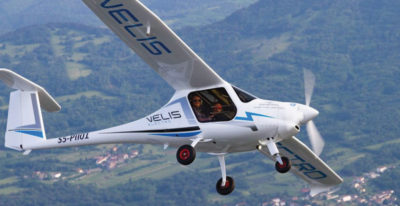