The Lunar Rover Drivetrain Prototype was subjected to rigorous testing simulating the harsh conditions that exist on the Moon. Credit: Canadian Space Agency
⟵ Back to the 2016 Year in Review Landing Page
Space and Missiles

Growing interest in in-situ resource utilization, spurred activity in the space resources community in 2016. Lunar and Martian resources are of continued interest for human missions and outposts, and there is a growing focus on asteroid resources.

On the moon, the target resource is the water-ice that has been detected in permanently shadowed craters at the polar regions. Characterizing these resources is the focus of NASA’s Resource Prospector, RP, rover mission and the European Space Prospect drilling and sampling package Technology development continues for these potential missions. In May, RP was put through its fourth thermal vacuum test at the NASA Glenn Research Center’s Planetary Surface Simulation Facility. The drill (from Honeybee Robotics), the spectrometer (NASA’s Ames Research Center), and sample crucibles (NASA’s Kennedy Space Center) were tested with water-doped, frozen, lunar regolith simulant. These tests continue to refine hardware development, concepts of operations, and volatiles-detection methods. Meanwhile, the Canadian Space Agency accepted delivery of two lunar rover prototypes from contractor Ontario Drive and Gear. The larger one measures 1.6 meters X 1.6 m, has a mass of 112 kilograms, and a 1G payload of 160 kg, while the smaller 90 kg rover has a footprint of 1.2 m X 1.2 m and a 50 kg payload. Both platforms have a drivetrain that was subjected to dusty thermal vacuum testing at NASA’s Glenn Research Center to achieve Technology Readiness Level-6.

NASA’s Mars 2020 mission will include the Mars Oxygen ISRU Experiment, or MOXIE, payload that will demonstrate ISRU technologies to convert Mars atmospheric carbon dioxide into oxygen. Led by MIT, MOXIE completed instrument preliminary design review in January and is now working toward delivery in May 2018. Mars 2020 is the first mission that will fly an ISRU payload.

Asteroid resources are the focus of three university-led projects under NASA Early Stage Initiative awards, now in their second year. The Robotic In-situ Surface Exploration System (RISES) project at the University of West Virginia is looking at robotic systems and non-destructive tests for the strength of asteroid materials. At Missouri University of Science and Technology and the Colorado School of Mines, work is focused on volatiles extraction and capture, while Stanford University is examining characterization of asteroids using impact plasma detection.

On the commercial side, several companies are pursuing asteroid resources. Planetary Resources, Inc., PRI, has shipped their A6 satellite, a 6-unit cubesat that will demonstrate technologies to measure resources on water-rich asteroids, to Vandenberg Air Force Base with a scheduled launch date of late 2016. PRI also announced a partnership with the government of Luxembourg to advance technologies and businesses related to exploration and utilization of asteroid resources. Honeybee Robotics and the University of Central Florida developed a concept for a 6-unit cubesat that could extract water from hydrated asteroid regolith and use it to “hop” between asteroids via steam propulsion. In 2016, the extraction hardware for this cubesat recovered water from asteroid simulants during laboratory tests under a Small Business Technology Transfer project with Kennedy Space Center. ★ 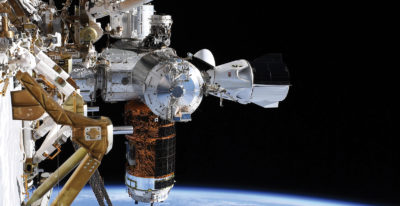