This jet fuel droplet was ultrasonically levitated by researchers at the University of Hawaii so they could analyze the effects of enriching the fuel with nano-aluminum particles. Credit: Texas Tech University
⟵ Back to the 2020 Year in Review Landing Page
Propulsion and Energy

The next generation of air-breathing propulsion systems will require novel high-energy fuels, such as by adding high-energy density materials like aluminum to enhance fuel performance. In January, researchers at the University of Hawaii and Texas Tech University doped droplets with nano-aluminum particles and studied their combustion. The levitator device effectively simulates microgravity for purposes of analysis, meaning that experiments normally conducted at the International Space Station can be carried out much easier and faster in the terrestrial laboratory. Initiation and enhancement of combustion was a consequence of forming highly reactive atomic oxygen and aluminum monoxide radicals in the reaction of aluminum atoms with molecular oxygen in the gas phase. These radicals initiated the degradation of jet fuel JP-10 via atomic hydrogen abstraction forming hydroxyl radicals such as hydroxide and aluminum hydroxide in reactions. Ongoing research is examining the chemistry of other solid nanofuel additives to catalyze hydrocarbon combustion and improve propulsion.

Additively manufactured gun propellants may allow new geometries to be considered and decrease the amount of solvent used in the manufacturing process. In July, researchers from the Purdue Energetics Research Center in Indiana additively manufactured gun propellants using vibration-assisted 3D printing in a project funded by the U.S. Strategic Environmental Research and Development Program with the Army Research Laboratory and the Naval Postgraduate School as collaborators. A variety of 3D-printable gun propellant pastes were characterized, from single-base and double-base to low-vulnerability ammunitions. The team then tested double-base propellant strands in a nitrogen environment at pressures up to 13.8 megapascals (2,000 PSI), in which the strands exhibited a steady burning behavior. Higher pressure tests are planned. The team used vibration-assisted 3D printing because of its ability to extrude highly viscous pastes. This allowed the researchers to use minimal solvent without modifying referenced gun propellant formulations, a feat that they could not achieve using other direct-write additive manufacturing techniques.

In May, Raytheon Missiles and Defense and the Netherlands Organization for Applied Scientific Research, TNO, unveiled a ramjet-powered 155-millimeter artillery round, which will push the boundaries of range to over 100 kilometers. At the core of the design will be a compact and highly efficient solid-fuel ramjet, a type of air-breathing propulsion system designed for supersonic flight speeds, using a solid fuel to provide the necessary energy. TNO has a long history in solid-fuel ramjet technology, and in 2004 performed the world’s first successful demonstration of a 35-mm spin-stabilized air defense projectile with an integrated solid-fuel ramjet motor. The Raytheon-TNO team will leverage this experience when designing the new round and also leverage TNO’s new ramjet test facility, which is capable of simulating a wide range of operational conditions, permitting evaluation without having to fire the round from a gun. The first test series in this facility were completed in July.

In March, the European Defense Agency awarded a service contract to the Fraunhofer Gesellschaft in Germany, represented by its Institutes for Technological Trend Analysis INT and High-Speed Dynamics, Ernst-Mach-Institute EMI, for a study on high-power electromagnetic munitions. The study is expected to assess the key technology gaps and scientific challenges associated with developing such future munitions. A second outcome will be recommendations to capability developers about the opportunity high-power electromagnetic munitions could bring to future warfare, through scenarios and the assessment of their operational performances. As a third output, the study results will help planners to better understand improvements needed to ensure that future military equipment and systems with electronics onboard remain robust in the face of high-power electromagnetic threats. The final report will be delivered 18 months after the start of the project. 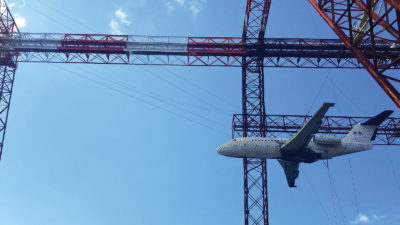