NASA engineers prepare to conduct load tests on LOFTID, an inflatable heat shield that was released from a launch vehicle and recovered from the Pacific Ocean in November’s Low-Earth-Orbit Flight Test of an Inflatable Decelerator. Credit: NASA/Greg Swanson
⟵ Back to the 2022 Year in Review Landing Page
Aerospace Sciences

In June, the Gulfstream G800 large business jet made its first flight. The aircraft is powered by a pair of Rolls-Royce Pearl 700 turbofans and has a range of nearly 15,000 kilometers. The fly-by-wire controls include a new active control sidestick and an enhanced head-up display that improves pilot situational awareness. The flight began a test program that included a trans-Atlantic flight in July to the Farnborough International Airshow. NASA’s X-57 experimental electric-powered aircraft made progress toward its first flight test, which was scheduled for no earlier than December. The aircraft relies on electric motors that power propellers for propulsion, with the aim to reduce fuel consumption, improve emissions and reduce operating noise. The aircraft in July 2021 completed high-voltage functional testing at NASA’s Armstrong Flight Research Center in California in preparation for the first flight.

NASA and Lockheed Martin’s Skunk Works made progress on the X-59 Quiet Supersonic Technology demonstrator, whose first flight was scheduled for early 2023. In January, the aircraft began structural testing at Lockheed Martin’s Fort Worth, Texas, facility and was subsequently moved to Lockheed Martin’s Palmdale, California, facility for assembly and further ground testing in April. During flight tests, X-59 is expected to achieve a cruising speed of Mach 1.42 and produce a thousand-fold reduction in ground noise compared to conventional supersonic aircraft.

In April, NASA concluded a series of helicopter drop tests of the full-scale aeroshell for the Mars Sample Return Earth Entry System at the Utah Test and Training Range. The test articles were dropped from an altitude of 365 meters to achieve a desired impact velocity. The drop tests build on ones conducted in November 2021 with a subscale test article. The tests verified predictions of EES landing performance and to characterize the landing site conditions. In November, NASA flight tested LOFTID, the Low-Earth Orbit Flight Test of an Inflatable Decelerator. This inflatable heat shield was launched as a secondary payload from Vandenberg Space Force Base in California on a United Launch Alliance Atlas V rocket to demonstrate a new method of landing spacecraft. This technology could be used in the future to land large crewed and large robotic spacecraft on Mars and other planets.

In November, NASA launched a Space Launch System rocket and unoccupied Orion capsule for the Artemis I uncrewed mission around the moon. This inaugural launch of a Space Launch System rocket placed Orion on a lunar trajectory. Orion was scheduled to return to Earth in December, testing the vehicle’s reentry systems in preparation for a similar flight with two astronauts in 2024.

At Mars, NASA’s Ingenuity Mars helicopter as of September had conducted 33 flights, a total distance of  7.2 kilometers and a flight time of 60 minutes. Ingenuity has exceeded the initial goals and has demonstrated aerial capabilities such that NASA and the European Space Agency announced in July that the Mars  Sample Return mission will now include two helicopters based on Ingenuity’s design that would help retrieve the sample caches for return to Earth. 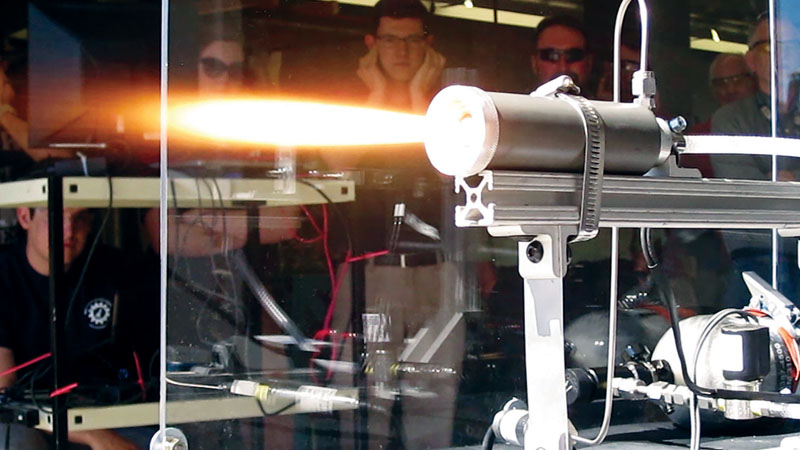