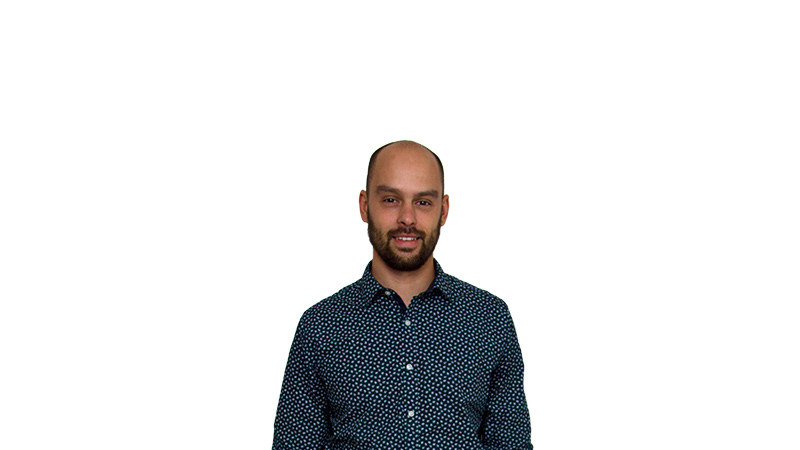 Growing up next to an airport in Quebec City, Joël Boudreault was fascinated by the airplanes he watched taking off and landing. That interest continued at the École Polytechnique de Montréal, where Boudreault decided that aerospace engineering could help him turn advanced technology into something concrete and useful. In 2010, Boudreault went to work for Bombardier, initially joining the Advanced Design group and then in 2013 working with other engineers to evaluate, optimize and track the performance of Bombardier’s new C Series narrow-body airliners. In October, Airbus announced plans to acquire a majority stake in the C Series program in part to avoid U.S. import duties by manufacturing the jets in Mobile, Alabama.

What sparked my initial interest in engineering was my curiosity in trying to understand how things worked. That happened from a very young age. Lego [the children’s construction game] was probably a big contributor to my interest. I was raised next to an airport in Quebec City, so airplanes were something common for me to see but always fascinated me at the same time. In college, I had the opportunity to study in Montreal, home of the world’s third-largest aerospace cluster. At the École Polytechnique de Montréal, I earned a bachelor’s degree in mechanical engineering with a specialization in aerospace. I also did an internship at Bell Helicopter in Mirabel, Canada. In college, I had teachers who worked at Bombardier. A teacher from my Aircraft Conceptual Design class told me of an opening in his department, Bombardier’s Advanced Design group. I got the position working on the initial assessment of future development projects. A few years later, with the C Series getting closer to its first flight, I joined the Aircraft Performance group. Flight testing of a brand-new aircraft doesn’t happen often. I took the opportunity and the great challenge that came with it. I was involved in defining tests, briefing the flight crews, monitoring safety and recording telemetry. The testing involved stalls, takeoffs in different conditions (including single-engine operation), landing and measurement of in-flight drag. Most of my work was done in the C Series Mirabel facility, but I also traveled to our main Bombardier Flight Test Center in Wichita, Kansas, as well as other locations to support various tests.

Commercial and business aircraft are always trying to increase their range capability, but that is not a technical challenge anymore because most recent aircraft are efficient enough to fly longer routes economically. The next barrier will be to provide the passengers with the ability to be comfortable in a given aircraft for an extended time, 17 hours-plus. Aircraft manufacturers will have to either improve passenger comfort or increase the aircraft’s speed. I believe that by 2050, we should see supersonic flights making a comeback in business aviation. Many small startup companies are looking at different prototypes of supersonic business aircraft but no major aircraft manufacturer has announced anything so far. I would expect the major manufacturers to get into this challenge if startups become serious contenders. For commercial aviation, I believe that we should slowly see major manufacturers trying to improve the cabin experience while increasing the cruise speed.