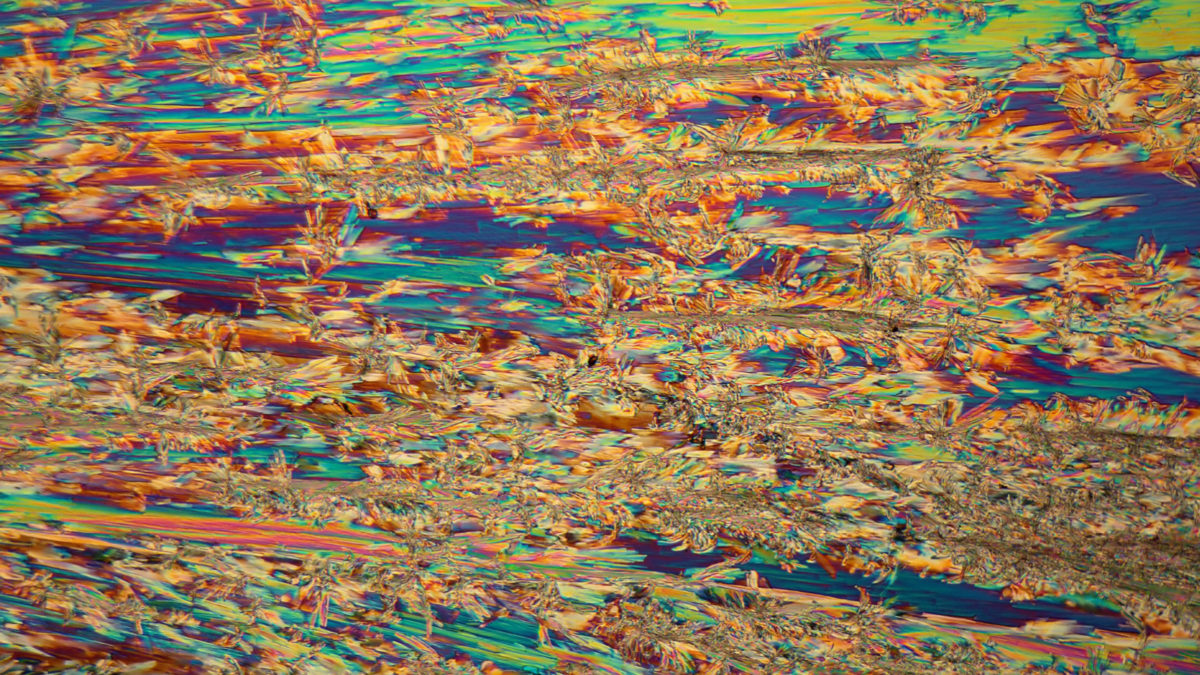 When designers need specific magnetic properties in an aircraft component, they turn to proven alloys containing rare earth elements, a group of metals with limited suppliers. Keith Button spoke to scientists who are applying computational models toward developing alternative alloys that would meet requirements without rare earth elements.

The various alloys in an F-35 contain 417 kilograms of rare earth elements, metals whose unique magnetic properties make them valuable for use in military and civilian aircraft for actuators, guidance systems, and electric generators and motors. Some in the United States are uncomfortable with so much reliance on these metals, given that China supplies at least 90% of them.

What if airplane builders could swap in custom-designed magnetic materials that didn’t contain these rare earth metals? That’s the vision that Pinar Acar, an assistant professor of mechanical engineering at Virginia Tech, and four graduate students hope to contribute to achieving under a $450,000 Young Investigator Research Program grant awarded to Acar, 34, in November 2020 by the Air Force Office of Scientific Research. If they succeed, a component designer could ask a materials scientist to create a new magnetic alloy tailored to meet a blueprint’s specific needs, a process that would be the inverse of today’s method of choosing from existing alloys. Acar and her team intend to create a computer model capable of defining a new alloy’s required microstructure, based on magnetism specifications provided by the designer.

Success could also prove the viability of applying this inverse design approach to other areas, such as crafting new materials that would minimize aircraft fuel consumption and carbon dioxide emissions.

All magnetic materials can become demagnetized if exposed to high temperatures, other magnetic fields, or both. So when research began last April, the team had two main tasks: First, build a computer model to predict the conditions that would cause a magnetic material to lose its magnetism, and then build the inverse design model to predict the microstructure of a material that will remain magnetized under a given set of conditions.

Ultimately, Acar wants to check the accuracy of the models by comparing their predictions to the results of experiments on existing magnetic materials.

As Acar and her team started building their first computer models, they didn’t know the temperature-and-magnetic-field-combinations for demagnetization, but they did have a few known parameters. From prior experimental research, materials scientists know that each magnetic material has a Curie temperature, the temperature above which it can become demagnetized. For example, the rare earth element neodymium found in computer hard drives and aircraft electric generators, and which can be made into magnets that lift thousands of times their own weight, has a Curie temperature of about 320 degrees Celsius.

Scientists also know some of the external magnetic fields that can cause each magnetic material to become demagnetized — think of a strong magnet encountering your laptop computer and erasing the hard drive.

The magnetic materials had to be represented computationally, and the question was how to do it. The difference in the level of magnetism between one metal and another depends on their microstructures. Metal consists of crystals, called grains in materials parlance, while magnetism depends on the average magnetism of the metal’s grains. So the researchers decided to model the materials at the grain level and then build computational microstructures from the models of 10 to 20 grains.

In the models, magnetic materials were defined as a series of spinning atoms. That’s because the spinning behavior of the atoms in a grain is what ultimately determines whether that grain is magnetized and, if it is, the magnitude and direction of its magnetic field.

Another issue was the large numbers of atoms. “It is a very huge computational problem,” Acar says.

Each 1-micron grain in the microstructure of a metal typically consists of 100,000 to 1 million atoms. Each spins either in one direction or the opposite direction, and the interaction between each of these atoms and every other atom in the material determines the magnitude and direction of its magnetic field. But the most significant interactions are between each atom and the adjacent atoms, and then the significance dissipates for atoms that are farther and farther away. Computing those interactions would be too complex to calculate, so for their computer model the researchers eliminated all but the “nearest-neighbor” interactions; they counted only the interactions between atoms that were within a five- or six-atom span of each other.

In the first year, the team built a two-dimensional model to represent the microstructure of magnetic materials, as if that structure was just a single layer of atoms. Starting in April, when the second year of the three-year project commences, the researchers will model the microstructure in three dimensions, adding on to the software they wrote for the 2D model.

By April 2023, the conclusion of the second year, they want to have finished building a model that can predict whether a given combination of temperature and an external magnetic field will  leave a given microstructure magnetized or demagnetize it. The final year of the project will be dedicated to building a model to do the reverse: Predict the specific microstructure — the outcome — that will remain magnetized under a given range of temperatures and external magnetic field conditions.

“We are starting from the outcome, and then we are trying to solve what should be the input to achieve this target outcome,” Acar says. Before solving the inverse design problem, “you should first have the forward problem.”

Acar plans to build the inverse design model by applying an optimization approach, where the goal is to find the best mathematical solution out of all possible solutions. In the case of magnetic materials, the best solution refers to the material microstructure that would provide the strongest magnetism, given a certain range of temperatures and external magnetic fields. Alternatively, it could be the microstructure that would provide a specific level of magnetism at the given temperature and magnetic field conditions.

One of the main challenges with inverse design is that it is a computationally expensive approach, requiring long periods of time from supercomputers. So until recent advances in computing power, inverse design was impractical. Inverse design problems “usually suffer from the curse of dimensionality,” Acar says, meaning they have a relatively small number of equations to solve, but many, many variables.

Genetic algorithms create successive so-called generations of solutions, with each new generation evolving to be better than the last, and they also introduce mutations into the solutions, just as evolution would into a population, by randomly changing some of the values.

Although the Air Force wasn’t interested in funding machine learning approaches for the magnetic materials project, Acar sees a lot of potential for machine learning to advance inverse design for aerospace applications. Machine learning requires less computing time than the current algorithms, and can identify “a hidden feature that we may not have any idea about before applying machine learning.”

Acar sees fertile ground there for more research. “I still think we need to learn a lot more on the machine learning side.”

“We are starting from the outcome, and then we are trying to solve what should be the input to achieve this target outcome.” Some in the United States are troubled by the country’s reliance on China for rare earth elements for aircraft components, such as those in the F-35, shown in production at Lockheed Martin’s Fort Worth, Texas, manufacturing plant. Credit: Lockheed Martin